What Women Have Been Doing...

Florida Teen (18 year old), Becomes Youngest to Pass Bar Exam in UK! If you thought a 14-year old set to graduate from Chicago State University with a degree in Psychology was an amazing feat, wait until you hear about this next teenager making history. "I am honored to be the youngest person to pass the Bar exams but, really, I was not aware at the tie that the average age was," she tole The Telegraph. "I didn't fully realize the impact of it." The average age of a typical lawyer graduation from The University of Law's Bar Professional Training Course is 27, according to The University of Law's records. See more:
http://www.huffingtonpost.com/2013/08/02/gabrielle-turnquest-florida-teen-youngest-bar-exam-uk_n_3696998.html 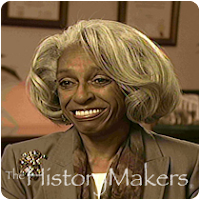 In 1993, Ross-Lee (sister of singer Diana Ross) was named dean of the College of Osteopathic Medicine at Ohio University. She became the first African American woman to be dean of a medical school and one of only a handful of female deans in the country. After a notable career in Ohio, Ross-Lee was appointed vice president for health sciences and medical affairs at the New York Institute of Technology in 2001 and one year later, she became dean of the school’s College of Osteopathic Medicine. Read more: http://www.thehistorymakers.com/biography/dr-barbara-ross-lee-41 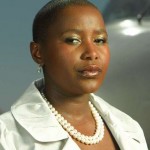 My First Self-Published Book:
Let Me Out! 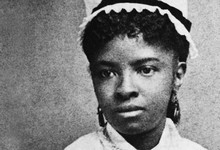 Mary Eliza Mahoney (April 16, 1845 - January 4, 1926) was the first African American to study and work as a professionally trained nurse in the United States, graduating in 1879. In 1998. She co-founded the National Association of Colored Graduate Nurses (NACGN) with Adah B. Thoms. The commemorated by the biennial Mary Mahoney Award of the ANA for significant contributions in advancing equal opportunities in nursing for member of minority groups. (wiki). Like our store we specialize in BLACK CULTURE and more www.facebook.com/AfricanAmericanArt!

"Dr. Shirley Jackson, a theoretical physicist and famous black inventor, has been credited with making many advances in science. She first developed an interest in science and mathematics during her childhood and conducted experiments and studies, such as those on the eating habits of honeybees. She followed this interest to the Massachusetts Institute of Technology (MIT) where she received a bachelors, masters, and doctoral degree, all in the field of physics. In doing so she became the first African-American woman to acquire a Ph.D. from MIT..."(Famous Black Inventors)Read more:  http://www.black-inventor.com/Dr-Shirley-Jackson.asp

SHE WILL LOVE AN AMAZON GIFT CARD

GET IT IN YOUR LIBRARY-UNLEASH THOSE HIDDEN TALENTS, BREAK GENERATIONAL PATTERNS OF MISTAKES, BE HEALED EMOTIONALLY AND PSYCHOLOGICALLY, RECEIVE THE FATHER'S LOVE, BE ENCOURAGED BY MY TESTIMONY & MORE